Web scraping is a billion-dollar industry as our world of data continues to explode, with an estimated 2.5 quintillion bytes of data produced every day. Traditional web scrapers struggle with different formats and features, leaving organisations to fall behind in the information wars. We need a new single point web scraping approach to overcome the challenge – and quickly.

Web scraping is a necessary, but limited tool in today’s global-digital world. In an ever-expanding universe of data and content, with an estimated 2.5 quintillion bytes of data produced every day, extracting data is mission-critical for every type of organisation. Accessing, organising and processing data empowers data providers, media outlets and e-commerce platforms to understand information and content right across the internet, for intelligent decision-making and competitive advantage.

But making sense of this bewildering multi-channel, multi-format, multi-language world with countless versions of the same content can feel like a near-impossible task.

Imagine if there was one single point web scraper that was able to cover multiple sources, formats and languages, deploy industry-leading natural language understanding to eliminate duplicates and deliver data in the desired format? A single web scraping solution that was truly scalable across multiple use cases and was properly automated, requiring far less ongoing management.

HIPSTO’s proprietary Blind Vision technology – embedded into our AI text technology platform – is leading to a single point web scraper that can simply be pointed at multiple sources, smoothing away traditional barriers to scraping.

Why is Web Scraping Critical? 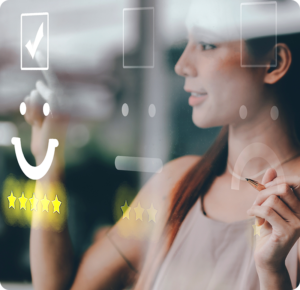 Web scraping isn’t some niche digital practice – it’s a billion-dollar industry on a rapid growth trajectory. Market forecasts predict that the web scraping software market will grow from a value of USD $1,727m in 2020 to USD $23,830m in 2027, representing a CAGR of 43.3% in the market across the period. While some other analysts are less bullish, they still predict significant growth.

This growth reflects data’s position in our global economy. The relentless process of digitisation and increasing reliance on data-driven approaches means that more and more companies are tapping the web and external data as a rich source of insight.

Consider e-commerce businesses, who need to monitor customer reviews and respond quickly when issues arise. To stay aware of up-to-the-minute price movements and offerings from their competitors requires flexible, powerful web scraping for a competitive edge.

Fund managers and analysts make million-dollar trading decisions and recommendations on the back of real-time data. Increasingly, “alt data” is playing a role here, with the alternative data industry predicted to grow by a staggering 58.5% CAGR from 2021 to 2028. Currently, 25% of all “alt data” has its foundation in some sort of web scraping, and as more financial services embrace alt data, market-leading web scraping will give analysts and investment firms the edge.

But there’s a massive problem with web scraping: the vast majority of solutions are not scalable and cannot scrape at the desired speed and volume across the diverse data sources and content formats that organisations require.

Most current standard web scraping technology – even that which is deployed in more sophisticated solutions – cannot cope with:

Why? Because of the root technology approach that powers most scrapers.

Some use raw data processing based on algorithms that try to make sense of the source code, principally using either basic Block-o-Matic frameworks or a more complex Support Vector Machine approach. Because the results are invariably poor, massive datasets are required to get disappointing levels of accuracy – this simply isn’t sustainable.

Other solutions rely on computer vision – an AI and ML technique that tries to replicate human vision – to understand the variance in layout. While this approach produces better results, it is even less scalable, with larger datasets and high levels of training required. Again, this simply is not sustainable, and out of reach for smaller organisations.

Current Web Scraping is High Maintenance – and Bad for the Planet

To negate these issues, most organisations need to deploy multiple web scrapers to cover the sources they need. We’ve heard of several large hedge funds having to deploy well over 200 web scrapers, and counting. Their story is typical. Because of the limitations of the technology, most web scrapers tend to be limited in scope, forced to focus on one content type of format or a small handful of languages, for example. This means organisations end up deploying a patchwork of web scraping solutions that accrue increasing costs, effort – and our carbon footprint.

Having multiple web scrapers is a high maintenance, resource-intensive option. Much manual intervention is needed to keep these scrapers working effectively, to compensate for constantly changing website layouts per source, and then aggregate data from multiple web scrapers into an actionable feed to be processed in a system of choice. The higher the number of scrapers, the more difficult this is. Effective web scraping at scale is extremely expensive, time-consuming and potentially bad for the planet.

Luckily, HIPSTO’s technology is powering the development of a single point web scraper, with unlimited potential.

A Revolutionary Approach to Web Scraping

Here at HIPSTO, we have developed a revolutionary approach to web scraping that is completely scalable – a single point, homogenous, end-to-end solution that can eliminate the need for multiple scrapers and the associated manual interventions. It makes highly sophisticated web scraping at scale far more realistically achievable for many more organisations.

It deploys sophisticated raw code processing algorithms that replicate the best elements of the legacy “computer vision” methodology already used in many solutions, but further pushes data through a unique layout understanding pipeline constructed from deep neural networks and other algorithms that dramatically reduces the data set required to get meaningful results.

When deployed through our FalconV platform, the Blind Vision approach has the potential to carry out web scraping that:

The advantages of using one homogenous web scraper instead of 200+ are enormous – and exciting.

With the need for data-processing and server capacity dramatically reduced, as well as the ongoing resources required to actively manage the process, cost is also greatly reduced. When you use multiple web scrapers, expect ongoing manual interventions by your team who would much rather be getting on with value-added tasks. Using Blind Vision technology increases the automated elements of your web scraping operations.

The inefficiencies of running 200+ scrapers are also huge: some need to be paused for tweaks, there is a much higher chance of error and your data might need to undergo reconciliation into one system, impacting real-time or near real-time decision-making. 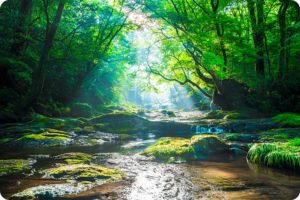 Reducing the number of scrapers in operation also empowers organisations to further reduce their carbon footprint. Environmental reporting is increasingly coming into focus from both a regulatory and reputational viewpoint; and the pressure on organisations to improve their ecological footprint is immense – and growing.

According to the International Energy Agency, data centres already generate 0.3% of all global emissions, so what we do with our data matters. As the web scraping market grows, there will be even more demand on our data centres, which produce heat, require water for cooling and eat up vast amounts of power. An environmentally responsible approach is key.

Retraining scrapers is also costly for the environment. A 2019 article in the MIT Technology Review established that training a single AI model for web scraping can emit the same level of carbon as five cars during their lifetime – a colossal 626k pounds of CO2.

While these figures cover the development of a more advanced scraper, they highlight the enormous processing power associated with using AI.

Deploying a single platform that already understands layouts and does not require constant training, is another important tool to help organisations improve their sustainability credentials.

Our Journey to the Single Point Web Scraper

We’re on a journey to deliver the ultimate single point web scraper that will revolutionise web scraping, making it open to all, reducing costs, relieving effort, delivering better results and maybe even being better for the planet. Want to be part of that journey? Talk to us today.